Recent Clinical Research
I have recently been a collaborator on two important studies which have now been published. The NIAMI study did not show a benefit of treatment with sodium nitrate at the time of primary PCI but the PARADIGM trial was strongly positive in favour of treatment with a new drug LCZ696 and should be available next year for the treatment of patients with heart failure.

The NIAMI Study: A double-blind randomized placebo controlled parallel-group trial to test the effects of sodium nitrite administered immediately prior to reperfusion in patients with acute ST-elevation myocardial infarction (STEM).

The PARADIGM Study: To compare the angiotensin receptor-neprilysin inhibitor LCZ696 with enalapril in patients who had heart failure with a reduced ejection fraction. In previous studies, enalapril improved survival in such patients.

I undertook a BSc in Pharmacology which included research in the laboratory of Dr Andew Ramage at the Royal Free Hospital School of Medicine into the role of the 5HT receptors in the Bezold-Jarish reflex. I was awarded a Wellcome Trust Vacation Scholarship to complete this research and the project was awarded the HAB Simmons Prize and presented at a meeting of the British Pharmacological Society in September 1989. 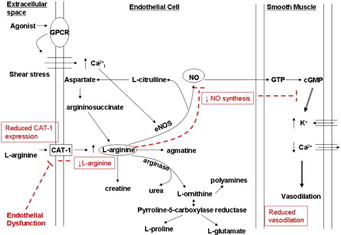 I undertook my PhD in the laboratory of Professors Giovanni Mann and Jeremy Pearson at the King's College London/MRC Clinical Research Centre. The project was in collaboration with Professor Salvador Moncada at the Wellcome Research Laboratories and led to important discoveries regarding L-arginine transport in the regulation of endothelial cell and macrophage nitric oxide production. My PhD was awarded in 1992 and a copy is in the library at King's College London.

I undertook a Wellcome Trust Research Fellowship with Professor Patrick Vallance in the Clinical Pharmacology Department at St George's Hospital studying the regulation of the nitric oxide synthase enzyme by anti-fungal imidazole compounds. My research continued during my clinical training through co-supervision with Professor Vallance of a joint British Heart Foundation funded PhD student working on nitric and other free radials and investigating their interactions and biological consequences.

I remained active in research during my cardiology training and was awarded a Department of Health Clinician Science Fellowship in 2005 to study the role of erythropoietin as a novel treatment for acute myocardial infarction. Following appointment as a consultant cardiologist I have supervised a MSc student research project in echocardiography and I am an investigator for the PARADIGM clinical trial. I am the cardiology advisor to the BOXIT and REACT trials. I am an investigator for the PARADIGM-HF Heart Failure trial and also was involved in the recruitment of patients for the NIAMI trial of sodium nitrite in primary angioplasty.