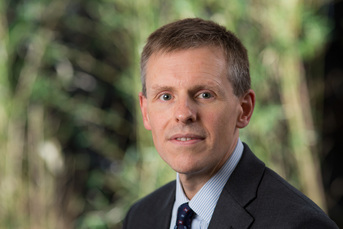 My medical career started in 1986 at the Royal Free Hospital School of Medicine. After 2 years of pre-clinical studies I undertook an intercalated BSc in Pharmacology and then in 1989 went to do an intercalated PhD in Physiology at the MRC Clinical Research Centre. My PhD was awarded in 1992 and my thesis was on the Regulation of L-arginine transport and nitric oxide synthase in cultured endothelial cells and macrophages and was supervised by Professors Giovanni Mann, Jeremy Pearson and Sir Salvador Moncada FRS. After doing a 1 year Wellcome Trust Post-Doctoral Research Fellowship with Professor Patrick Vallance I returned to my studies as a clinical medical student at St George's Hospital in 1993 and was awarded my MB BS with honours in Medicine, Surgery and Clinical Pharmacology & Therapeutics.

My house jobs were in the Professorial Medical Unit at St George's Hospital working for Professor GA MacGregor and then a Kingston Hospital in Surrey in general surgery working for Mr R Leach. I then joined the London Postgraduate Teaching Hospitals rotation (also known as the Golden Circuit) being appointed to the Hammersmith Hospital in cardiology and clinical pharmacology and then to the National Hospital for Neurology and Neurosurgery in Queen Square in Neurology.  Following this I returned to Kingston Hospital as medical SHO and then senior SHO working in respiratory, gastroenterology, rheumatology and diabetes/endocrinology before obtaining my MRCP (UK) diploma in 1999. I then moved to work at the world famous Guy's Poisons Unit for 6 months before being appointed as a Registrar in Cardiology and Clinical Pharmacology at Ealing and the Hammersmith Hospitals under the supervision of Professor JS Kooner and MR Wilkins. After gaining my CCST in 2007 I was Senior Lecturer and Honorary Consultant Cardiologist at Hammersmith Hospital before taking up my current post  as Consultant Cardiologist to St Helier and St George's Hospital.